FRAME makes it as easy as possible for people to come together in a 3D collaboration space from desktop, mobile, or VR - right from a web browser. There are schools, enterprise companies, artists, small businesses, and friends who use FRAME to come together and feel together online.

In our last update, we launched support for 30 users at once in any FRAME as well as a gorgeous new Expo Center environment. This was a very big deal for Frame, and this increased scale helped make October our biggest month of usage yet.

Enough about the old news, though, let's dive into what's new. This update today has:

- Megaphone Mode for amplifying your audio throughout a Frame

After the updates, I'll write a bit about our plans to launch premium FRAME plans while still maintaining a robust free service. While not everything is set in stone about how we will price FRAME or structure these plans, this is a topic I want to be as transparent about as possible. We don't want anything to come as a surprise, and we want you to have a reasonable sense of what to expect when this happens. While this isn't news we expect you to be enthused about, we're eager to lay the groundwork for FRAME's sustainability and continued improvement. We want to be in this for the long haul, and we hope you will stay with us for the ride.

360 videos, or videospheres, mostly work the same way that 360 photos work in FRAME. When you first add one to a FRAME, it will show up as a floating sphere. While not in Edit Mode, you can click on the sphere to expand it, and then look down and click "return home" to collapse it. You can set up different 360 videos in different scenes. Just like with 360 photos, if you expand a 360 video and then someone joins your FRAME, the 360 video will be expanded automatically.

With 360 videos, though, you also have some controls that that let you pause, play, seek through, or adjust the volume for the video. As with flat videos in FRAME, the playback is synchronized: if you pause the video, it will pause it for everyone in the FRAME with you.

We recently bumped up the file upload size for videos in Frame from 10 to 100MB. We recognize this still won't be enough for high quality 360 videos, and we have plans to bump this up even more. In the meantime, if you want to explore using 360 videos in Frame but your files are too big for our uploader, let me know at gabe@framevr.io and we may be able to help out. We already have some users that are experimenting with very large video files.

Note: Streaming 360 videos is bandwidth intensive and you need to have a fast, reliable connection in order for this feature to work and be useful. Otherwise, videos can be laggy and blurry.

The scenes feature in FRAME lets you create different arrangements of content and then navigate through them with your audience inside your Frame. Here's a quick video that gives the high level tour of the feature.

Some people use scenes to create spatial presentations, using scenes instead of their equivalent in a tool like PowerPoint: slides. Other people use scenes to create interactivity in their Frame, because you can set links on assets that change the scene for users. This allows you to create "buttons" that control the visibility of certain assets. Other people don't use scenes at all, because admittedly it's not the easiest feature to understand and we haven't made as easy to use as we want it to be.

- gives a better overall view of your scenes, so you can see what's there without having to navigate through them

- lets you hop from one scene to any other, no matter the order of the scene (so you can go from Scene 1 to Scene 4 without having to jump through Scenes 2 and 3 on the way)

- is a heck of a lot faster

- lets you drag and drop Scenes to re-arrange them

We think this is a big improvement to Scenes, and we have big plans for the way Scenes are going to continue to evolve to further enable new kinds of interactive presentation and storytelling.

You might have noticed that we've started to release some pretty big FRAME environments, like the Atrium and more recently, the Expo Center. In these big environments, it's possible for people to spread so far apart that it's nearly impossible to hear them. This is because audio in FRAME is spatialized, so it is easiest to hear those that are closest to you in the virtual space. Generally speaking, we consider this a feature, not a bug, because it allows small groups to have separate conversations when they are far apart - just how it works in the real world.

That said, we know that it can be convenient and practical to amplify your voice throughout a large space so that everyone can hear you. Our new Megaphone Mode lets you do this. It's the Frame equivalent of speaking into a megaphone or using a PA system to broadcast your voice, even to those that are far away. You'll find the megaphone button up at the top right of Frame. We don't yet have the megaphone button for it in VR mode, but we'll get there. If you're in VR and you want to turn it on, just go to 2D mode, click the button in the 2D browser panel, then go back to immersive mode. The new megaphone button is to the left of the mic icon.

We have lots of other sweet audio-related features in the pipeline as well that we're excited to share with you before too long.

Streaming Screens are one of the most popular asset types in Frame, because they let people share their screen or webcam to a large screen. Even though streaming screens can be scaled up to be massive, it can still be hard for people in Frame to see what's on the screen. If you scale up the screen to be massive, then it becomes hard to see what's at the top of the screen.

You can do a little dance where you try to perfectly position and scale the screen and shuffle around your audience to make things as good as you can, but this gets harder to do the more people that are in your Frame. We sometimes see people unintentionally blocking the view of others as they try to get the best viewing angle to see the Streaming Screens. In environments like the Outdoor Theater, the seating area at the theater is fantastic but being there often puts you too far from the screen at the stage to see it properly.

Zoom To is here to make this a lot easier, without needing to move your avatar closer to the screen. No more shuffling around for the best viewing spot - anyone now can "zoom to" a Streaming Screen to get a great view of what's on the screen. If you hover over a screen, you'll see a magnifying glass appear on it. Click on the magnifying glass to zoom in or out of the screen. It's that easy.

Zoom to works wonderfully already on desktop and VR for now, but we have some tinkering to do to improve it on mobile.

Audio and video connectivity through the web browser is another complicated dance, and lots of things need to go right in order for connections to be established. In this update, we've improved the way FRAME can establish connectivity even when users are behind restrictive firewalls that are common on corporate or university wifi networks. This is a big improvement to FRAME, even though it's a "behind the scenes" thing.

Important note of caution: This does not mean FRAME will "always work" now. Some firewalls and networks have settings that simply don't allow web sites to send audio or video data unless those sites are whitelisted, or put on a list of approved/trusted domains. In such environments, a network administrator will need to whitelist the framevr.io domain in order for connectivity to be achieved.

That said, this update overall improves the likelihood that connections can be established to FRAME even when the user is on an office/university Wifi network. While not a universal cure-all, we expect this to certainly make a difference for many of those on restrictive firewalls.

If you find that you can't connect to FRAME in the way that you'd expect, please email me directly at gabe@framevr.io and we'll work with you to get you sorted out as best we can.

Wrap Up - Pricing is Coming

We have other incredible features in the pipeline that we are excited to share with you. We're also looking to grow the FRAME team again, so if you're a developer or biz dev/marketing person who might be interested in joining our team please email me at gabe@framevr.io

To wrap up this post, I want to be transparent about something that's coming in early 2021: premium Frames. One thing I want to emphasize before going too much further here is that we will continue to have robust free plans of FRAME. In fact, we expect that most of our beta users will still be able to use FRAME for free without needing to upgrade. We also expect to have generous discounts for users in the education community.

We're also going to do our best to make sure that users in our existing community can keep their current Frames, even though future users may need to pay in order to have that many Frames.

While nothing is finalized, at a core level the things that we intend to charge for are greater user capacity and multiple Frames. If you want to have larger meetings, or have a lot of Frames, you will probably need to adopt a plan. Also, if you want to upload really large videos, that may be something you can only do in a premium Frame. There will be other premium features as well.

This is a big change for Frame, and it's one that will allow us to keep doing the work that we do: make a website that lets people come together, feel together, and explore together on the web with one click.

We launched the beta of Frame in January and we are proud of how far it's come. 10,000 people have made FRAME accounts and we haven't spent anything on marketing.

We can't wait to show you what's next. 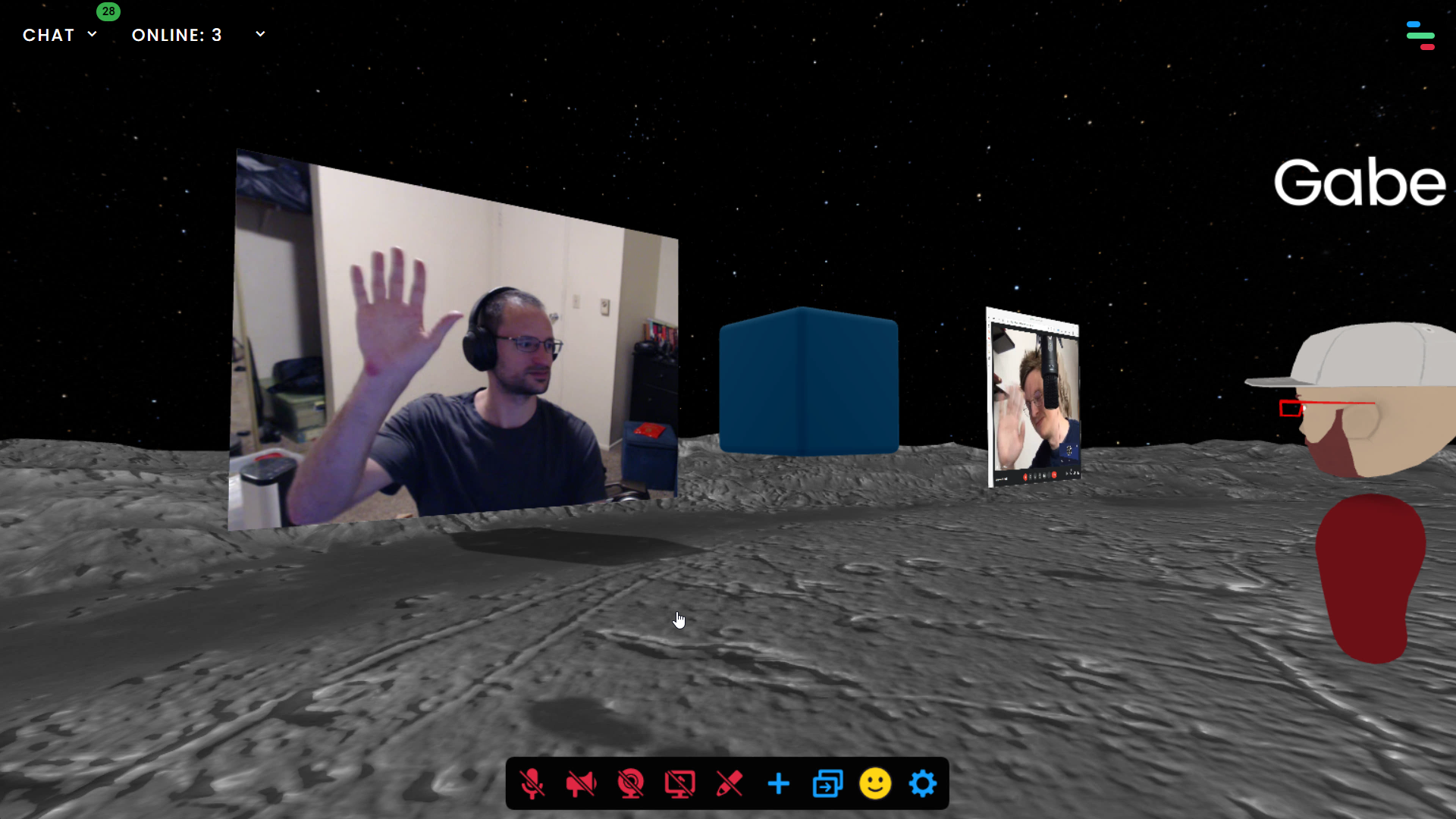 Quest Pro, Enterprise Metaverse, and What Lies Ahead 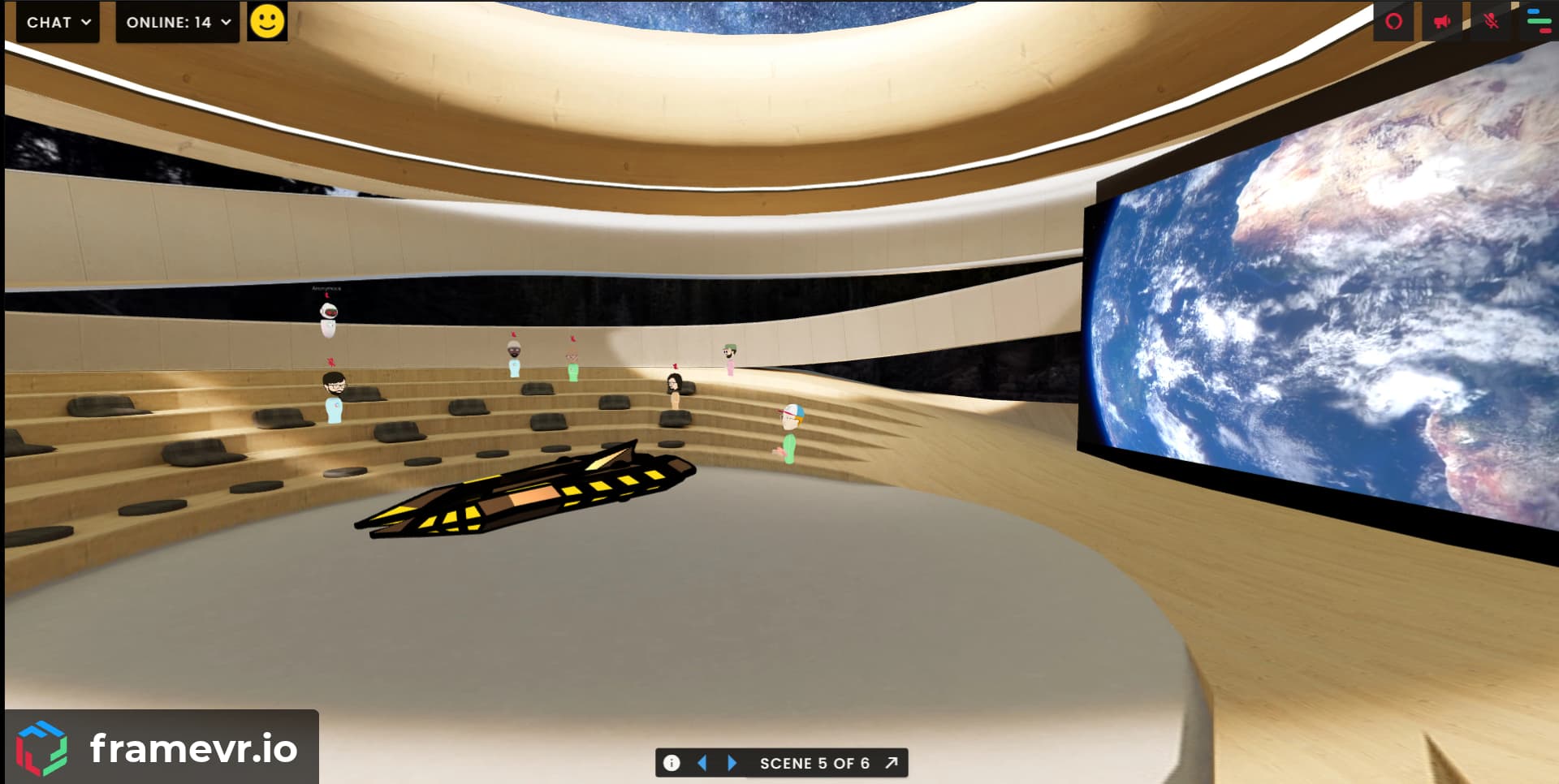 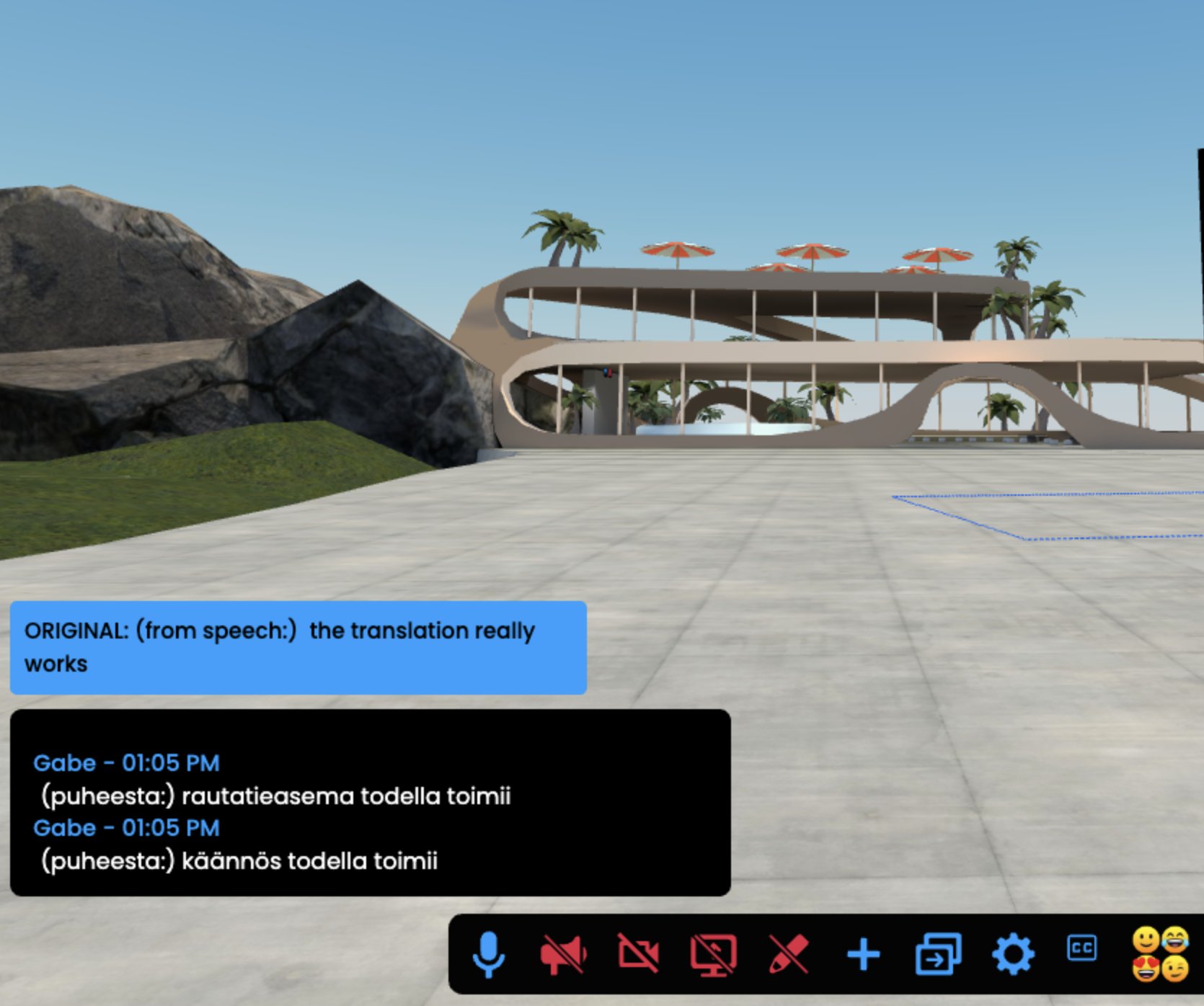 Translation and Closed Captions in the Metaverse

Closed Captions and Translations in the metaverse.